Blue Microphones Yeti: The first love of every YouTuber. There is a huge chance that you must have read a lot of people recommending this same microphone for Youtube and podcasting.

When I started doing youtube, this was the first piece of hardware that I had my hands on. After this, I tested microphones such as audio technica at2020 and much more. But this microphone, it still has a special place in my heart ( and recording studio ).

Functionality: This beast measures 4.7 x 4.9 x 11.6 for width, depth & height. The microphone has a full metal body along with metal buttons. Blue Yeti has two ports, first one is USB input which will power USB signal to your computer with a standard sampling rate of 16 bit at 48 kHz. Another input is live 3.5 mm audio jack, that helps you listen what you speak in real-time.

The front side features two controls, volume knob, and mute/unmute button. Backside gives you access to controlling the gain of your microphone and a knob to change your recording mode to either of these: cardioid, bidirectional, omnidirectional & stereo. Yeti has three capsules built into achieving all these recording modes. Most microphones come with a single capsule only.

Sound Quality: When it comes to sound quality, Blue Yeti proudly boasts about THX certification. THX stands by this microphone with the assurance that it delivers the whole frequency range as it should. The sound quality of the Yeti sounds awesome at the price range it comes in. This is a condenser microphone thus it picks up every little noise ( including background noise too ). Although, background noise issue can be tackled either via treating the room or using free editing software like audacity.

The microphone is sensitive and picks up vibrations as well. This means if you keep it on the table and type while you record, it will pick up typing noise too. This is why it is suggested to grab a shock mount along with this microphone as well.

Blue Micrphones Yeti : Bag it or Trash it ? 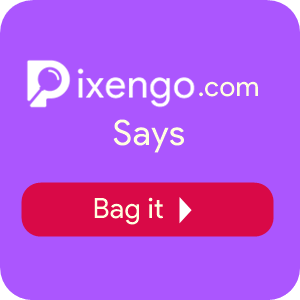 This microphone has been around for a great time and has been used by a ton of YouTubers and podcasters. This microphone can task such as podcasting, voiceovers, conference calls, singing & playing instruments and make videos with ease. The microphone delivers rich, professional-grade audio in the easiest plug and play setup. You don't need to get any extra types of equipment to get this thing running.

The live headphone jack is a great feature. You can listen without mapping your device through computer and back to headphones. The features save you lot of time and money. The microphone comes in with three capsules and offers 4 different audio pickup patterns.

Hold on, Wait a minute!

This website is not maintained by a company, it's just me, a tech enthusiast who loves blogging. I get small commissions when you purchase through my link. However, the price of the product remains same for you. Every purchase that you make helps me grow this blog, follow my passion and stops my parents from asking me to get a real job and stop blogging.

Blue microphones are one such company. Blue focuses on single product line – quality mics. One of their devices, blue yeti, is an awesome mic. The build quality is good and has an excellent sound pattern. The only thing that separates it from a professional studio microphone, is that it runs a USB input ( unlike high-end recording microphones ).

If you haven’t used a microphone before, on a very serious note, this microphone would be perfect for you. The price tag is quite affordable and looks like pricing of computer accessories rather than a high-end recording device.

The price for the quality of blue yeti makes it a very terrible rival!

Design and functionality
If you’ve never used microphones before, this one will seem quite large. Dimensions are 4.7 x 4.9 x 11.6 inches for width, depth and height respectively including stand. I don’t know what the pictures represent, but this microphone is a full metal body and has firm build. The control buttons although feel kind of flimsy. The only thing that can break in these microphones are the buttons so, I recommend that you configure it and use it without changing it too much.

Talking about its capabilities, blue Yeti has two ports. First one is USB input that powers it and connects it with the computer. Blue Yeti USB model has the standard sampling rate of 16 bit at 48 kHz. It also comes with a 6feet long cable. It also has an audio input jack for live headphone listening. You can listen exactly what is being captured. This saves a lot of time in audio configuration and post-production. The device has a shock mount thread underneath, but shock mount doesn’t come with the package.

On the front side, you’ll see a mute/unmute button along with a volume knob. On the back side, there are two controls. One knob controls recording pattern using which you can change between cardioid, bidirectional, omnidirectional & stereo.

The Yeti has three capsules inside. Most of the traditional microphones come only with a single capsule.

Sound quality
The microphone delivers surprisingly rich audio for the cost it comes at. The microphone is quite sensitive and will pick up background noise also. However, you can remove background noise by either treating your room or using a simple audio editing program like audacity. You can also play with your audio recording patterns to cancel some noise.
Blue proudly advertises the fact that it is “THX certified”. Blue’s Yeti was the first microphone that got certified. What this means is that THX assures that whole frequency range is delivered in the way it is expected it to be. THX certification makes it tough to point out shortcomings of this microphone, but being a condenser microphone, it has some minor shortcomings.

Also, it also catches vibrations. Which means if you are a gamer, and you record while keeping this microphone on the desk. It will record your button pressing noise also. Which is why it is recommended to get a shock mount. But due to giant size of the microphone, most of the shock mounts don’t fit. 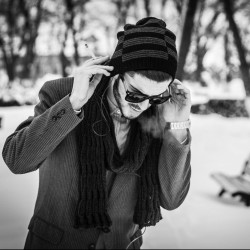 Erwin Cooper
a sound and video production expert who blogs about gadgets & accessories to help you select perfect equipment. The site is supported by commissions I receive from Amazon, please purchase items via my affiliate links to support me and this blog.

This site uses Akismet to reduce spam. Learn how your comment data is processed.